Come And Take A Look Behind The Scenes - Vaad harabanim

Come And Take A Look Behind The Scenes

The Special Funds Set Up   By VaadHarabbanim

Another Campaign for Yesomim!

Your eyes skim the words and you glance at the pictures. A two-year-old girl is standing next to Mother, who is hooked up to medical devices, and it looks like the little girl doesn’t even recognize her mother who appears who so ill. Children with torn clothing reciting Kaddish at the grave. You cry with them. You can’t help but cry when you hear them sobbing like that.

And then – you make a donation, and you feel that you did something good for them.

You know about these yesomim funds from the public side. But what happens beyond that? When is a fund opened, and how is all that money collected? I mean, do multitudes of Jews all over the world really donate it, or what?

The department that sets up these funds is one of the busiest in Vaad Harabbanim. Behind every fund is intensive activity that takes place over the course of many years, until the last of the orphans builds his or her home, and sometimes even after that.

This is a department with tremendous responsibility, tremendous! Intensive devotion is given to it by the Rabbanim of the Vaad, who dedicate time and energy to relieve and support the families in the way that is best for them. 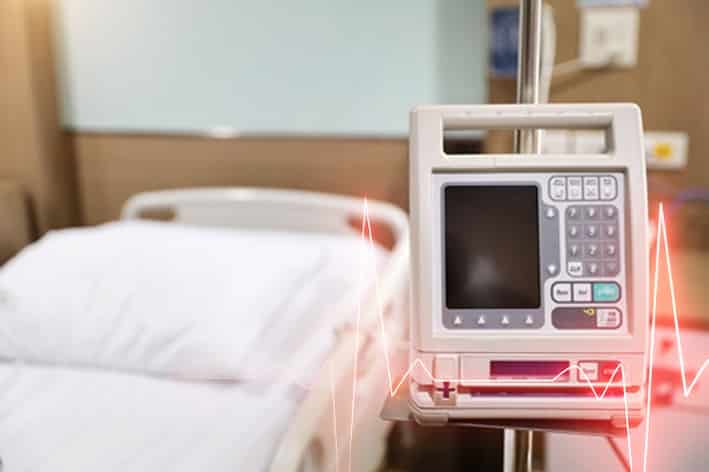 The First Stage: Someone Turns to Vaad Harabbanim

“My neighbor passed away,” reports a Jew to a Rav in Vaad Harabbanim. “I think that they may need some help.” In the background you can hear a loudspeaker announcing the levayah and a tumult of lots of people.

For sure, these homes of yesomim need help. The children went through a trauma and lost a close relative. They need a stable financial base in order to grow up, despite the emptiness and the pain that will accompany them daily; hourly. For yesomim, for a family challenged by a difficult health issue or some other major trouble, money is the difference between going under or surviving.

When a parent passes away, usually the person who makes the initial contact with Vaad Harabbanim is not one of those directly affected. It is usually an extended relative, a neighbor, a known baalchesed or a community rabbi. When it is a question of expensive medical treatment to save someone’s life, to marry off an orphan, or some other major matter, the needy person himself often makes the initial contact to request help.

The telephone receptionist takes the details and passes them on to the Rabbanim of the Vaad. Within an hour or two, contact is made with a rabbi who knows the family personally, and that same day, the Vaad goes into action for them. 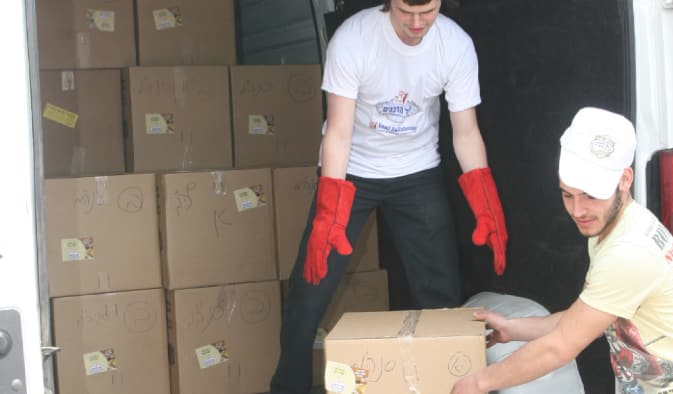 Not every case needs the help of the public.

“I don’t want to take tzedakah money,” says the fresh almanah. They just finished burying her husband and she is sitting on a low stool with tears in her eyes. The room is empty of visitors right now, and only the older children are sitting next to her and quietly sobbing.

The Rav of the Vaad speaks with her gently. “And it seems that you don’t need to, either. You are eligible for funding from the National Insurance Institute for each child. Your husband worked, so you will also receive a monthly pension from the insurance company. Do you have a mortgage?” The almanah nods, and the Rav continues: “So now, the life insurance will pay it. Did you know that?”

She didn’t know. A faint light comes back to the almanah’s eyes. A financial base for the coming years. The yesomim will have something to live on, b’ezras Hashem! One worry is removed from the terrible mourning that she is engulfed in.

The Gabbaim of Vaad Harabbanim, with wondrous efficiency, perform and oversee the whole procedure to exercise all existing legal benefits due to the family from the various government bodies and insurance agencies. Sometimes there are complex cases that require the help of professional legal experts, and also here, the rich experience of the Gabbaim assists the widow and orphans to receive all the assistance available to them.

This guarantees the financial stability of the yesomim for the coming years, without asking a penny from the public. 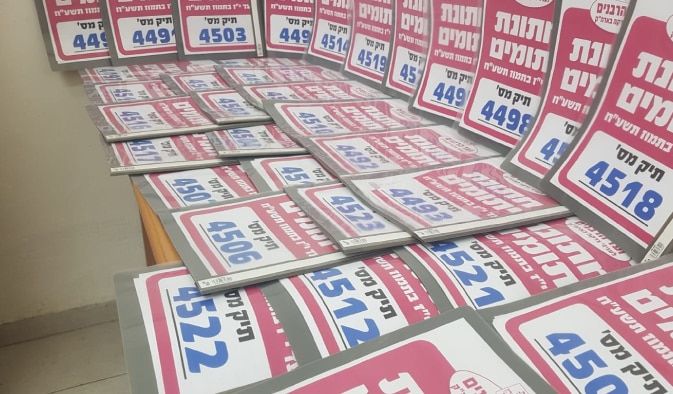 In any case, even after mobilizing all legally due benefits, there are many families that will still need the help of the public. There are heavy debts, medical needs of the yesomim, monthly rent payments, and many, many other expenses that need to be covered so that the family can stay afloat.

The Rabbanim of the Vaad meet with those who directly take care of the family, and probe deeply into the situation: is this a father who already for many years has not provided for his family due to his poor mental health, is there a sick child whose care is eating up tremendous resources, are they in a state of general financial collapse? According to the number of children, extent of debts, lifestyle, medical expenses and other many factors that are taken into account, the goal of the fund is set. After the goal is set, the fundraising efforts are adapted to the needs of the family and the existing options.

While they are still sitting shiv’ah, emergency meetings are held for the sake of the family, to which are invited friends of the departed, relatives, community members, acquaintances from Kollel or from work, and whoever knew the deceased and might be able to help. The meetings are held in cooperation with the Rabbanim of the Vaad and the local rabbis of the community, and after hearing words of his’orerus from one of the Rabbanim, those present are directly approached for donations. The donors sign on forms for a monthly donation by bank or credit card. That forms the critical financial base for the lives of the yesomim.

At the same time, the Vaad attempts to negotiate release of debts with those to whom the departed or the widower owes money, or at least to spread out the payments as much as possible so as to make an easy payment plan. 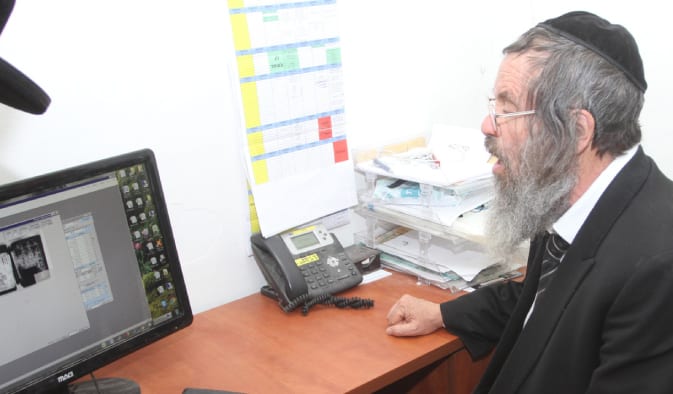 Only if the inner circle cannot satisfy the needs of the fund, then the next circle is approached:

The brochures are well known, and people regularly donate to the funds publicized in them. This does entail exposing the family to the public eye, but people forget very quickly, and aside from the temporary unpleasant feeling this causes, no one remembers that a fund was once set up.

Distributing the brochures and collecting the donations entails a broad logistical operation. The brochures reach frum communities all over Eretz Yisrael, and the residents give their donations to the neighborhood rabbis, send them in by mail, deposit them in centrally located tzedakah boxes of Vaad Harabbanim, or pay by credit card.

The emissaries of Vaad Harabbanim go out to all the locations, collect the envelopes and the money deposited in the tzedakah boxes, transport the money to the Vaad’s offices, count it up, make records, and deposit it in the fund that was established for the family.

The Third Circle – Donations From Around The World

When the economic situation of the family is especially complex, there is no choice but to expand beyond the borders of Eretz Yisrael and launch a worldwide fundraising effort.

Jews everywhere are Jews. They are merciful and kindhearted. Am Yisrael’s response is moving to the point of tears. They assist and rescue yesomim, save the lives of patients and pick up families that collapsed. Because a Jew is a Jew.

We see astonishing Siyatad’Shmaya in the donations to Vaad Harabbanim! The miracles that take place on the way, the things that work out above and beyond expectations, are like a giant embrace that our Father in Heaven sends to His suffering children and to those who assist them. The yeshu’osare famous.

Some people think money is a worldly pursuit, but to us, money saves lives, and that is a supremely lofty mitzvah. Money spent frivolously is, well, frivolous. Money donated to Vaad Harabbanim is elevated and holy.

Please send in your generous donations, and may you be blessed!