It’s impossible to get used to these troubles

Rivers of ink have already been spilled and written about the chaos churning through the world. The current catastrophe has been chewed from all directions. International airports out of commission, the economic meltdown, the starvation that could kill hundreds of thousands in third-world countries.

As much as we might be tired of hearing about it already (although this virus does continually pull surprises), although we already got used to isolation and to extended staying at home –

In VaadHarabbanim we can’t get used to it.

We can’t get used to the pleas of parents struggling even on ordinary days who are now crying out urgently to be rescued from unbearable plight.

They always live on the edge of the cliff, they count up coins to go to the grocery, beg for an additional discount, are happy for every child who gets a subsidized meal at school – and suddenly, all at once, all the children are at home, consuming three meals and snacks in between, fighting over game pieces and going nuts from staying in a cramped, crowded home.

“A new game,” pleads a widower on the phone. “Just one game, please. So the children will play quietly for twenty minutes. I am going to lose my mind.”

We can’t get used to a girl who says, “At the funeral of my brother, only 20 people will come.”

Bluma bites her lips hard behind the mask. “Esther, we are davening and hoping that Nati will get better.” She tries to sound confident although she is trembling from fear.

It is already almost a year that Bluma volunteers at the home of Nati, who is ill with a malignant disease. Twice a week she comes to take the children out to the park or to help with cleaning. Now, six-year-old Nati is hospitalized in critical condition and his parents take shifts at his bedside.

“Nati will not get better,” Esther insists. She is a girl with big, smart eyes that know too much about life and about death. “He is terminally sick. It’s final. And at the funeral there will be only our family, Grandpa and Grandma and maybe his chederrebbe… and we will sit shivah all alone, without people coming to be MenacheimAvel.”

“Stop that already!!!” It’s Nati and Esther’s mother, who wakes up from an afternoon nap to the shocking conversation. She sits down on the couch wearily and the small children sit next to her and on her.

Bluma worriedly examines her pale face. “You are going out now to the hospital?”

Nati’s mother shakes her head. “There is no public transportation at these hours.” And terrible fear is visible on her face. The fear that maybe now something is happening to her Nati, and she is almost an hour’s distance from him. She has no way to get to him because taking a taxi is very expensive, and the medications that alleviate his pain are very expensive, and they haven’t had a regular income for almost a year. 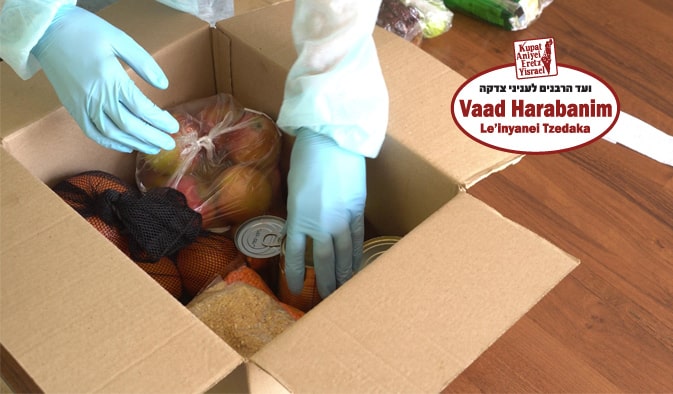 “My parnassah comes from sewing clothes for special events,” tells a woman in a whispered voice. “But who orders a fancy expensive dress for a wedding with ten participants? We need urgent help…”

A yeshivahbachur calls. “My parents run a small guest home that was closed, of course.” He takes a breath. “My father should not know that I called… but we are lacking food. Literally. We are a large family, bliayinhara… since Pesach we didn’t buy chicken and my mother cries at the Shabbos meals. Maybe you can do something for us?”

We can’t get used to this, to the embarrassed, pained callers… thousands of families stuck without means to cover the mortgage, without income to pay the rent. People who made it through the month easily are now helpless facing the electricity bill. Suddenly they became needy…

VaadHarabbanim distributed millions of shekels over the last months. Several million were distributed on Erev Purim, when coronavirus was just beginning to spread in EretzYisrael. By the time of the next distribution on Erev Pesach, thousands more joined the ranks of the needy.

The volume of requests is swelling, and the gabbaim’s hands are full: investigating, sorting, filing, filling forms, preparing lists, organizing tremendous sums and orchestrating the distribution throughout EretzYisrael.

In thousands of homes these donations are sanity itself! It is not just the food and the electricity – it is emotional availability and a little more patience for the children. It is the calmness that we are all struggling for on these crazy days. It is a touch of normalcy in the midst of the madness.

In the beginning of the coronavirus period, money was distributed, and a lot of it. Millions of shekels that the Jewish people donated arrived to thousands of families and brought along hope, and satiety, and more ability and strength to keep going and even to smile to the children.

But only too soon, the tragedies started arriving.

Too soon, new orphans joined the ranks of those seeking stipends in VaadHarabbanim. The coronavirus orphans. 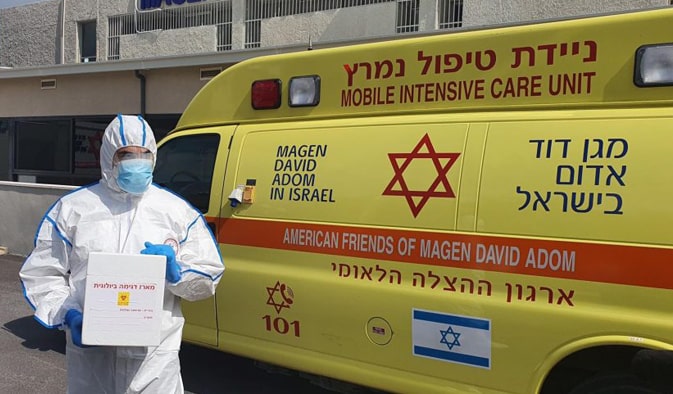 On Thursday, a brochure was prepared for the Porush family. A family rich in Torah and mitzvos, and extremely poor materially speaking. Mrs. BailaPorush passed away from the coronavirus suddenly, two hours after her son Motty was taken off the respirator.

VaadHarabbanim immediately opened a fund. A brochure was written. A brochure about desperately poor coronavirus orphans. The graphics reflected that, and the brochure was meant to go to print Sunday morning.

On Erev Shabbos, ten minutes before candlelighting, the orphans of Mrs. BailaPorush saw their father collapse from a heart attack. One of them rode with him in the ambulance, and came back on Shabbos night by foot, to tell his siblings the hard news.

They waited long hours until Motzaei Shabbos so they could cry. So they could rip kri’ah the second time within half a week. Mother passed away and Father went after her so quickly. Too quickly.

Already on Sunday, a new brochure came out for R. TzviPorushz”l and his wife a”h together. They are together, although not in this world, and the orphans stayed where they were, now relying on KlalYisrael.

Where will Motty go back to when he recovers,b’ezrasHashem, from the coronavirus? No parents, no home. Only shattered ruins.

Like Motty, there are dozens of other new orphans who were added, due to this pandemic. We will reach each and every one – you will reach each and every one! Your donation to VaadHarabbanim brings consolation at the most burning times, it offers a helping hand and supporting shoulder even from distances of more than six feet, and assists yet another home of orphans to rehabilitate.

We daven to the Ribono Shel Olam that He should take away this pandemic, and in the meantime, until it passes – we unite and strengthen one another. We support one another and open our hearts to the families of VaadHarabbanim.

This is our strength, the power of the Jewish people. Because together we can make it through everything.