We’ve been through a difficult year. Not just us, but the whole world.

Lockdowns, the schools kept closing and opening, people went into quarantine over and over again, kids learned on the phone or through Zoom, wearing masks, weddings and bar-mitzvahs limited to ten or twenty guests, no visiting friends or relatives…

And in Israel when we were almost finished with the Coronavirus restrictions, we started with sirens and explosions, running to bomb shelters in the middle of the night, and schools closing yet again…

If we need a vacation every summer, this year, we really need a vacation! We need to rest and relax, to recover from all that stress and frustration, and to gather new strength for the upcoming year. 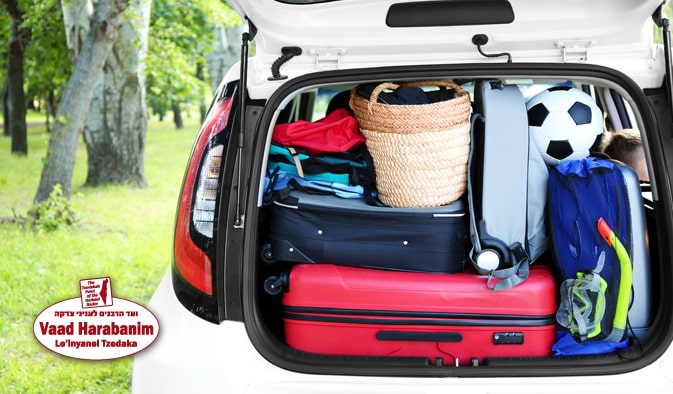 But, for some, vacation is the worst part of the year…

Mordechai hears all the noise downstairs and, filled with curiosity, goes out to his balcony. He sees a large rental van waiting in the parking lot, and the neighbors loading boxes and suitcases into the trunk.

He sees everything: There’s a large basket of food, obviously with so many good things to eat. The oldest daughter seems to be holding a bag of sandwiches and … hey, what’s in those containers? One’s filled with home-made French fries, another’s filled with juicy slices of watermelon. Mordechai lives only one flight up – and he has good eyesight – so he sees everything.

He sees the neighbor’s kids bringing their bikes and loading them onto the van. He sees their mother coming outside and giving popsicles to everyone. He can even hear her say, “It’s so our vacation will be off to a sweet start.”

Mordechai is watching, and licking his lips. He’s thinking to himself, “Oh, if only I could have a popsicle like that! Just one!”

He leaves the balcony and goes back into the house. The dining room table is covered in a big mess – plastic plates and cups, old toys, crumpled papers, dried out pens, and even a few pieces of clothing. He can smell something from the kitchen – noodles? Yes, that’s what it is. Once again his father’s cooking noodles, just plain noodles. But what Mordechai really wants now, is some French fries! Or maybe a popsicle! Not just plain noodles every day!

“Why doesn’t Mommy ever make lunch?” he asks, quite upset about it. “I can’t stand eating the same thing every day!”

His father turns away from the stove. His face sweating from the heat of the kitchen, along with the summer heat. “Mommy doesn’t feel well.” Then he said the same thing he’s been saying for two years, “Maybe you’d like to add some ketchup?”

“No!” Mordechai yelled, with tears streaming from his eyes. “I want vacation! I want to go on a trip! I want a popsicle! Everyone else is going away. We’re the only ones staying home. We never go anywhere!”

He dropped to the floor and started crying like a baby. He wasn’t acting his age, like the responsible “big” boy, all of eight years old, that he was. His little brother was standing near the kitchen door, just watching. His father crouched at his side and, with tears in his eyes, looked at his son who was carrying so much responsibility and under so much pressure. Mordechai is right. It’s a pity.

Throughout the year, their father more-or-less manages to keep the house running. But when it’s vacation, when the kids are home all day and bored out of their minds, and everyone else is taking trips and having fun, they can’t help but notice how much they are lacking. And it’s very painful.

But what can their father do? 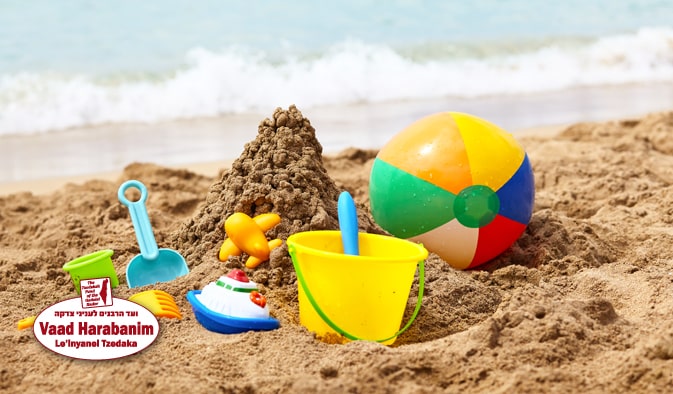 Right now, while you’re relaxing in a hammock, sipping a cup of coffee, and while your children are riding around with delight on their bikes and go-karts, and while you’re enjoying delicious foods, hundreds of children from VaadHarabbanim are yearning to have, at least, a little bit of vacation for themselves. They’re yearning for a change of atmosphere from the usual, stifling stress.

They also need a vacation. They also need a chance to renew their strength. But it’s specifically them – who need this so much more than any other children – who are stuck at home with their suffering and their poverty, with a sick parent, or with the pain of being orphans. They’re bored, and they’re hungry for a vacation almost as much as they are for food. They’re yearning for something different – even just one popsicle, a snow-cone, or some French fries. They’re hungry to feel like everyone else, at least a little bit…

They’re our brothers and sisters!

The little orphan boy whose friends are going off to the beach with their father, yet he won’t see his own father until techiyashameisim. He’s your brother. Also Raizy, a teenager who works all summer long to help out her parents, the little bit that she can. And another family, orphans still in their first year of mourning, holding onto their memories of last summer when their mother, of blessed memory, was there to help them out and spend time with them.

They’re our brothers and sisters. It’s important to remember, not only at those times of year when we know it’s a mitzvah to give tzedakah – Purim, Pesach, and Yom Kippur. We also have to remember them for summer vacation! As we head off on our own trips with our own families, we can think of the children of VaadHarabbanim and give something for them, too. As you pay for your own ride on the cable car, or your tickets to the zoo, give something for them, as well.

They need a vacation a thousand times more than we do! For us it’s nice, for them it’s a necessity – and a desperate one! The children of VaadHarabbanim, just as much as anyone else, deserve a snow cone and a variety of foods for a change. They, too, deserve parents who are a bit more relaxed who can take trips with them, even if it’s not so far from home. At least once, they should have a chance to feel like everyone else.

We can make this happen. With our donations, and with our love for our fellow Jews. Send them a hug, let them know we haven’t forgotten them. Let them know we reserve a special place for them in our hearts.