Imagine that you do not have work tomorrow.

Instead, you receive a plane ticket to Eretz Yisrael, and there you are to be bestowed by one of the Gedolei Hador with a Shtar Parnassah signed by Moreinu Sar Hatorah Harav Hagaon Chaim Kanievsky Zatzal.

It’s simply because the Borei Olam decided to grant you parnassah without you having to exert yourself in the curse of Adam Harishon. You will receive everything that you and your family need, abundantly and joyfully, without any effort at all.

And this is in fact what is happening…

Work – exertion, running around and emails, endless hours in front of the computer – it’s just hishtadlus that we need to do for our parnassah. There is no connection between the effort you put in and the sum in your bank account. However much you were allotted by Heaven, you will have, not a cent more or less.

The true way to increase profits is only the spiritual way: tzedakah, tefilah, the power of Torah.

Last year, just a few months before he passed away, Moreinu Harav Hagaon Chaim Kanievsky Zatzal promised that the sustenance of Vaad Harabbanim’s donors will be multiplied. He offered his berachah that whoever keeps poor families alive, gives them a roof over their heads and food to eat, will merit a double blessing in his money.

Rav Chaim zatzal bestowed a special Shtar Parnassah upon the donors, signed by him, and thousands of donors in Eretz Yisrael already merited receiving this rare berachah to their homes. The stories of wondrous miracles of parnassah that came in since then to the offices of Vaad Harabbanim proved that, like always, Heaven acts according to what the Tzaddikim say in this world.

And now you can get it, too! For a donation of $624 you will receive to your home a fine, framed Shtar Parnassah that Rav Chaim zatzal signed before he passed away. This Shtar will
bring abundance to your home.

It will fill your storehouses with all the good that is reserved for those who give tzedakah.

One of the donors, chosen by lottery, will come to Eretz Yisrael to receive the Shtar straight from one of the Gedolei Hador Shlita. With love, with unlimited appreciation for every Jew who has a caring heart for his suffering brother. With esteem for all of Vaad Harabbanim’s donors in Eretz Yisrael and abroad.

Bring this berachah into your home. Take in the biggest gift in the world! Life for the families who are helped, and life for you. The Tzaddik promised, and Hakadosh Baruch Hu fulfills. 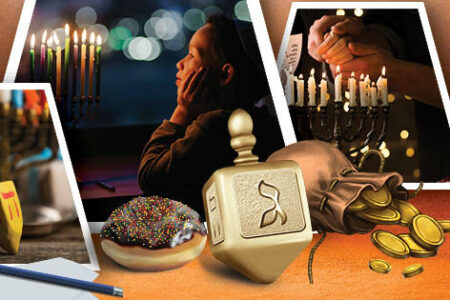 Hakadosh Baruch Hu runs the world in the way of midah keneged midah. When you support his poor people, He supports your home. When you spend money on His children, the Ribono shel Olam gives you more money. When you give a donation, another family is helped. More children of sick parents receive winter clothing. Another orphan will pay his trip money just like every
other child in the class. Another mother will bake a birthday cake for her children, and sprinkle it with chocolate and candies.

You send your tzedakah through Vaad Harabbanim, and this tzedakah goes to the most very basic needs a human being can have. It goes for food, for a normal place to sleep, for heating and clothing. Where we live, it is hard for us to understand the kind of  situations our Jewish brethren are facing. We don’t realize how much they lack, and how critical our tzedakah is for them daily.

“Ooooyyy–yyy!!” David jumps with fright from the bunkbed and his foot bangs into the face of his brother sleeping below him. “No, Aharon! There are mice here!” Aharon sits up, confused. Why is David yelling? And where is he? Why this darkness? “There was a mouse here!” Now David is whispering. “I heard it chirp.” All at once, Aharon remembered where he is and why, and lays down again. His pillow is flat and almost empty of filling, and his blanket is too thin to keep him warm. “I knew there are mice here,” he says apathetically. “Didn’t you notice that I cover my bed from all directions? That way they can’t climb up on it.”

When a shocked neighbor alerted the gabbaim of Vaad Harabbanim about the “room” that the two brothers sleep in, he didn’t have words to describe it. “Just come and see,” he requested. “Afterwards we will talk.”

The gabbai of Vaad Harabbanim arrived. He found a small storage room, neglected and dirty, in the basement of the apartment building. On one side was schach, wooden boards and an assortment of miscellaneous items belonging to the various residents of the building, On the other side lay, some more old pieces of furniture and a freezer that someone stored there once upon a time. A single electric wire was connected to a fluorescent lightbulb that illuminated the dim recess. In this place, which was hard to call a room, David and Aharon slept on a metal bunkbed. Their family lived in the building but their apartment was tiny and cramped, and, having no choice, the two brothers went down to sleep below, in the storage room. The gabbai of Vaad Harabbanim was shocked. He spoke with the parents, who were unfortunates that, despite all their good will and efforts, didn’t manage to bring in enough money for a minimum living that was still too expensive. They also were not wellconnected to the community. People didn’t know them, and no one dreamed of the conditions they lived in.

Your donation might not buy them a bigger apartment, but it can fix up the little room where Aharon and David sleep, and make it liveable. Thanks to you, two youngsters will sleep on a normal bed, will have heating and light and a comfortable pillow. The walls will be painted and the mice won’t scare them at night.

When you are sitting now in a pleasant home or a well-equipped office, and donate with love for suffering Jewish brothers, the Ribono shel Olam looks at you and says: My son, you took care of My children? I will take care of your children. Moreinu Rav Chaim zatzal promised that your sustenance will be multiplied. And his berachah, as the Gedolei Hador state, is good for now and forever. You donate – And the blessing of Rav Chaim zatzal accompanies you, enters your home and fills your life with abundance. 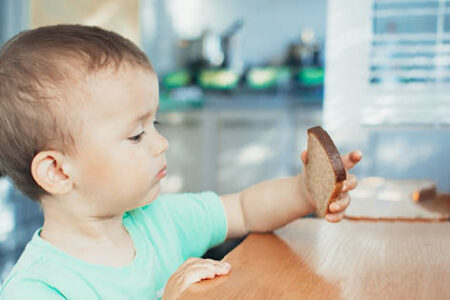 The B. family also lives in a. very, very crowded home. Fourteen people squashed into a two-bedroom apartment. They don’t even have a musty storage room for the children to sleep in. But that is not their main problem. “I just want her to live,” cries Mother at Shoshi’s bedside. “Please, Hashem, let her live!” Father is standing at the side of the room, pale as the wall behind him, his lips moving as he recites Tehillim. Every few minutes a doctor or nurse comes in and looks at them, full of pity.

That morning she was a regular girl, happy and full of vitality. She was coming back from school as usual when suddenly a bus came out of nowhere and hit her.

Life stopped all at once. The pot on the stove burned, the baby is wailing at the neighbors’, the clothes in the washing machine are waiting for someone to take them out and hang them up… and Father and Mother are sitting next to Shoshi’s bed, who was severely injured, begging Hashem that their child should live.

Since that day, ten years have gone by. Shoshi survived, baruch Hashem, but she left the hospital lame and disabled. Tate and Mame invested a fortune in her rehabilitation. Flights to Manhattan for special treatment specifically for her injury, hundreds of hours of physical therapy, a sea of money was spilled so a girl should be able to move her hands and feet, to write and walk and go up steps.

“You are travelling again?” Eliyahu looks annoyedly at the big suitcase that Mother is packing. He is frustrated with the whole world. With Shoshi, that because of her accident he did not have a normal childhood… he is frustrated with the tiny apartment, embarrassed by the extreme poverty they live in. He is unhappy and down. “The boy needs help,” says the rebbe to Father over the phone. Father sighs. He knew that. But where will they get money for emotional therapy, when they hardly get by on a daily basis?

Today, when Shoshi is finally engaged to be married, they don’t have a dollar with which to approach the wedding. This is how they come to you. A girl badly hurt in a traffic accident, who went through terrible pain and grueling  ehabilitation to be able to walk to the chuppah on her own two feet. Parents drowning in debts. Worried siblings who want so much to be happy and to celebrate with her. A ten-year-old boy who feels and understands too much.

They come to you – and you give to them, lovingly! You make the tired eyes of Tate and Mame shine, you bring joy to an impoverished kallah, you give another something for her siblings who so much want to be happy and to celebrate with her

And the Ribono shel Olam brings joy into your home!