This Year More Than Ever - Vaad harabanim

Home » חדשות ועד הרבנים » This Year More Than Ever

This Year More Than Ever

The month of Elul 5779. We got up early for Selichos and went to shuls that were full of people.

On Rosh Hashanah, synagogues and yeshivos were packed to capacity. The chazan’s fearful tones were heard in Nesaneh Tokef …Umibamageifah… and they touched a place in our heart. Tears were shed. But no one realized how real the word bamageifah was.

Aseres Yemei Teshuvah and Yom Kippur came. Were people davening at home or in yards and porches or on the sidewalk? Was anyone dividing the beis midrash up into cubicles and capsules?

Was anyone celebrating a wedding with a handful of people? Did you see people walking around with surgical masks?

If only we knew. If we knew!

We would have cried and pleaded to cancel the evil decree, to delete it from the Book of 5780. We would have screamed out to Hashem to avert this tragedy that claimed so many lives and touched our communities so harshly.

So many people are still suffering from aftereffects although they officially “recovered.” So many people lost their jobs or their business or their clients. A mountain of unhappiness, not to speak of real tragedy.

If only we had known.

This year taught us a lesson about the fragility of our existence. The entire world, with all its technology and silicon chips and Artificial Intelligence and breathtaking innovations – helpless in the face of a microscopic virus.

Now we know more than ever how critical is the Gezar Din decided on these days. How urgent it is that we do everything – everything possible – that year 5781 will be truly good. 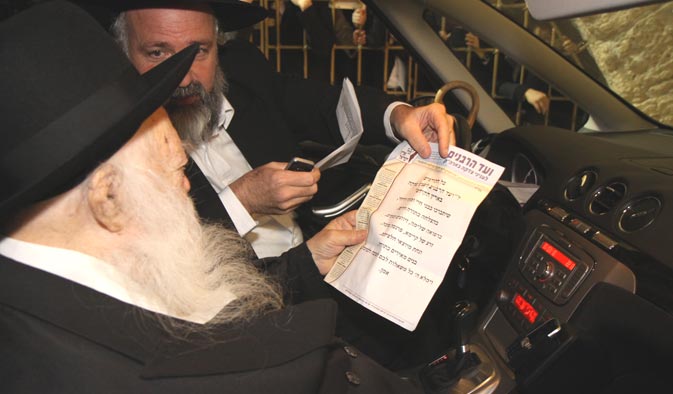 Now is the time to cry out! While the Gezar Din is not yet written, when 5781 is still coming to be – now our sheluchim are going to the Mekomos Hakedoshim and pleading for 40 days straight to sweeten the Judgement!

Now Gedolei Yisrael are davening for you, and decreeing, through the power of Torah, a good year for all of us. Now their tzedakah, which you donated, is ascending. The greatest tzedakah in the world. And it is opening all the gates before you…

The Power of Tefilah and Rachamim

Thousands of years earlier, on the first of Elul, Moshe Rabbeinu ascended to plead for forgiveness on behalf of the Jewish people, who had made a golden calf and worshipped it.

This was a cardinal sin, as we know, and at the time, it looked like it was unforgivable. Hashem wanted to destroy the  Jewish people and replace them with Moshe and his descendants.

For 40 days, Moshe stood before the Kisei Hakavod and pleaded for us. He kept davening more and more and more. 40 days and 40 nights of Tefilah. He didn’t eat and didn’t sleep. Just prayers that HaKadosh Baruch Hu should forgive us.

This set the pattern for the ensuing millennia. Elul is special because Moshe made it special. This is when prayers are heard, this is when Hashem shows mercy, and forgives. This is when the gates are wide open to receive our requests. In mercy, with love, with Fatherly compassion.

For these forty days, our sheluchim will stand at the gate of Heaven and plead for us. They will pour out their prayers at the Kosel Hamaaravi, they will shed tears at the Kever of Mame Rochel. They will head north to the tomb of R. Shimon bar Yochai, of R’ Yonasan ben Uziel and R’ Yehuda bar Ilai.

We are tied up. We can’t get to the Mekomos Hakedoshim. International flights are not operating normally. A visit to Eretz Yisrael is difficult if not impossible at the time of this writing.

But the sheluchim, who are G-d-fearing, Torah-learning Jews, will go for us.

40 days and 40 nights, they will plead. They will daven for our names.

At the same time of year that Moshe Rabbeinu insistently prayed even after the decree of destruction was issued. He pleaded again and again. Our sheluchim will do the same, they will just keep on davening and davening, they will not stop. They will not let up. They will keep on knocking on the doors of Heaven, banging loudly over and over with the power of your donation to Vaad Harabbanim and the solid backing of the Gedolei Hador, and those doors will inevitably open to receive the prayers on your behalf.

They will pray persistently for 40 days, until Yom Kippur, when Hashem graciously forgives His purified people and grants them a good new year.

In The Merit of Torah

The door is shut.

The Rov is not receiving people. Want to ask him something? Please leave a request on a slip of paper, or fax this number.

No, you can’t enter. Until when? Hashem knows… 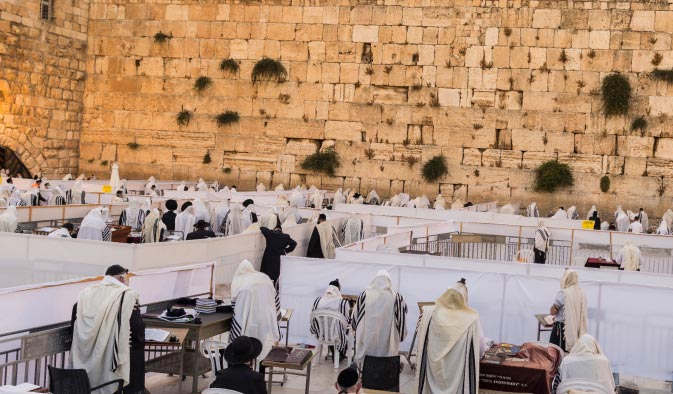 Even the homes of Gedolei Yisrael have changed their ways due to COVID-19. Most of them are elderly, and the Gabbaim protect them from the risk of exposure, and keep the safety regulations strictly.

But you have special permission to go in. Freely.

You are there, in the room of Moreinu Sar Hatorah Harav Hagaon Chaim Kanievsky shlita, and at the table of the Rebbe of Vizhnitz shlita. By the stender of Harav Hagaon Boruch Mordechai Ezrachi and in the hands of Moreinu Harav Hagaon Shimon Ba’adani.

You enjoy the special VIP privileges of Vaad Harabbanim’s donors. You skip past all the gates, sidestep the tight security, and get right in there, next to the Tzaddik.

You – the donor to the poor people of Vaad Harabbanim – have first priority by the Gedolei Hador! They, who know how critical your donation is and how many lives it saves, want to show their greatest appreciation to you.

During Yemei haRachamim vehaSelichos, we are brought in to them, right up close, into their hearts. Nothing in the world can stop this closeness, not COVID-19 nor quarantine regulations. Nothing can stop love like this.

They, who steer and direct the tzedakah of Vaad Harabbanim, know exactly where your donation goes and what miracles it works.

They know the significance of the thousands of dollars that bring light back to the eyes of orphans; that give hope and oxygen to collapsing businesses.

You are saving lives – and they see these miracles with their pure eyes and want to show you their appreciation!

They want to embrace you! To grant you all the good in the world! They take you, your spouse and your children and grandchildren and daven with the power of Torah that you should merit a Shanah Mevoreches.

We really need their berachah!! These are crazy and unsure times. The world is unraveling and no one knows where it will end. We keep finding out new and shocking things we didn’t know before. Only the power of Torah can provide security.

That’s why we should stay by the side of the Gedolei Torah, shelter under their berachah. It’s the only thing that is constant and won’t change. We should grab hold of the only secure thing there is.

Vaad Harabbanim has also gone through a lot due to COVID-19. The piles of application forms for urgent assistance have grown to unsurpassed heights. The phones ring ceaselessly. There are just so many new cases of genuine need.

“Just this morning I met a Jew, a newcomer to Israel,” recounts one of the Gabbaim, and his pain is visible. “He didn’t find a job in Israel in his field of expertise, so he bought a large vehicle on a bank loan and started working as a driver. When COVID-19 broke out, no one needed rides in large vehicles. He had the vehicle debt, plus his apartment mortgage, and nothing left to buy bread with.”

Another woman runs a fitness center. It was closed for a period of months, and now with the new regulations she can hardly even allow in enough ladies to cover expenses.

And what about the families of the ill? Even before, they were severely challenged, both financially and emotionally. Now they are terrified of the virus, which could prove to be fatal. For instance, Yaakov, who has a severe case of Asthma. No one in his family has left the house for three months! No salary, the children were sent to live by the grandparents so they could keep going to school. They are pleading for support from Vaad Harabbanim.

The best way to be saved from a harsh Divine judgement is to be someone needed by the community.

When you are a donor to Vaad Harabbanim, thousands of Jews need you! Fathers and mothers, orphans and widows, sick people and impoverished talmidei chachamim… tens of thousands of Jews are waiting expectantly for your donation. They need you here more than ever!

The tzedakah you give goes before you, it flies up with the Tefilos from the Mekomos Hakedoshim and the Tefilos of the Gedolei Hador, and brings tons of zechuyosto the Divine judgement. Millions of dollars that were distributed recently, and you were part of the wondrous fabric of the donors. This decisively tips the scales in your favor.

It’s not something you can get away from. We need these merits; it’s critical. We, our children, our spouse, the parnassah, the health, all of which are so important to us. There is no room for hesitation when life itself hangs in the balance.

Very soon it will be Rosh Chodesh Elul. The sun will set and the first pair of sheluchim will approach the stones of the Kosel Hamaaravi.

The Sefer Tehillim will be opened, and the list of donors will be read as well. Pasuk after pasuk, name after name. with longing, with sweetness, with a child’s love for his Father.

For forty days, the sheluchim will switch off on their shifts. The sun will disappear and rise, Shabbos will arrive and depart, Jews will come and go…

And our sheluchim are there. All the time, day and night. Davening. The tzedakah accompanies them, and the Gedolei Hador are davening from their homes.

And we, too, are there. In our donation, in our heart. In the list of names.

May we be zoche..