We cannot abandon the helpless!

In this time of crisis, we didn’t just protect our own personal interests. We helped others, too.

Let’s keep up the effort.

COVID-19 arrived in a drizzle that quickly turned to a downpour. Educational institutions shut down, along with most businesses and places of entertainment. International flights stopped. Tourism totally crashed. Workers were sent home on paid leave, and small business owners found themselves penniless.

Erev Pesach, the children were at home, the holiday expenses needed to be met, and income had fallen way below the minimum.

It could be expected that also donations would decrease significantly. If people don’t have money, how will they give tzedakah?

The first tzedakah campaigns after the outbreak of the virus were held with great skepticism. Not much money was expected to materialize. One tzedakah project was launched – and succeeded above expectations!

The Jewish people demonstrated, beyond all doubt, their sense of responsibility to one another, their concern for other Jews, even in a state of emergency! Times may be tough, income may have dropped, but we will never abandon our fellow Jews in distress.

Food and Sanity for the G. Family

Distress exists. Poverty has not yet vanished from the face of the earth. Some cases of trouble are “old” and have been dragging on for years, and some are new, either due to COVID-19 or independent of it.

The G. family are “ordinary” poor people. Their poverty has been dragging on for years. They are very familiar with the crazy pressure that bears down when the fridge dies, or a child desperately needs remedial lessons to keep up in school.

“Sorry… ummm…” Ayalah shifts uncomfortably from foot to foot. “My mother is asking if we could bring over one wash, because our washing machine is broken.”

“Still?” the neighbor is shocked. Then she immediately catches herself, because the young lady facing her is already quite embarrassed.

Ayalah drags the laundry basket up the steps of the apartment building. Stained and torn clothing items fall out on the way and she goes back to collect them with a blushing face.

Father scurries from gemach to gemach but they don’t have steady income and can’t get more loans. Ayalah was told not to come back to school until the tuition payment is squared away.

“We will sell our apartment.” Shmuel is exhausted after an exasperating conversation with the mortgage rep. “We will buy a smaller apartment, or rent, it doesn’t matter. We must get rid of these debts!”

It is a stupid thing to do and he knows it. The difference between what they can get for their apartment and what a smaller place will cost them might cover some of the debt, but it won’t solve any problems. And renting is not a solution either, because he knows they won’t be able to keep up the rent payments. They are bound to be evicted.

VaadHarabbanim took this family under its wing.Experienced chesed workers took responsibility for the G. family and built a comprehensive financial rehabilitation program for them. They will come to agreements with the creditors, they will arrange for a sufficient source of income, and they will get the family going again.

It only needs money… a donation from you to set up financial security for a poor Jewish family, to enable them to supply their children with their minimum needs and to sleep at night without fear of what the creditors might do.

And the Jewish people gave! Despite the difficult economic environment, we proved that we are Jews. We care about ten children who are liable to end up without a roof over their heads. We cannot ignore their plight. 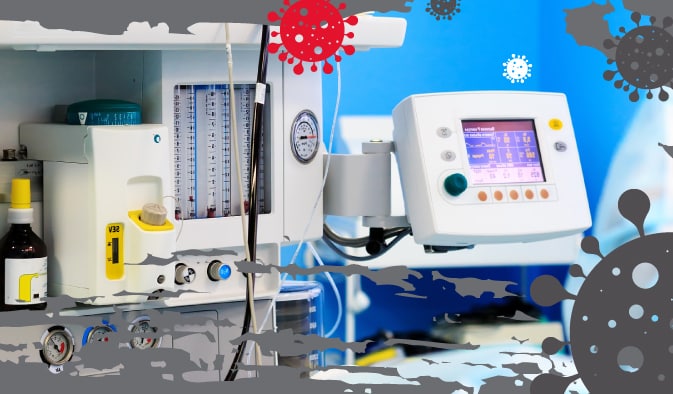 Until Mother Gets Better…

It is frightening to think about the chronically ill these days. How do they feel, as a violent virus infects indiscriminately, and they are the first who are likely to be affected?

“You aren’t worried about your mother?” a concerned neighbor asks Hershy in the stairwell of their apartment building. Hershy smiles bitterly. Of course they are worried. They are extremely worried.

“You learn in yeshivah, you come in contact with people, and then you are in close proximity to her. It’s dangerous.”

Yes, they are afraid of COVID-19, but what can they do? Send Mother to a hospital, where it is even more dangerous? They are as careful as possible. They stand as far away as possible, they wear masks all the time, but they still need to get close to Mother.

He climbs up to the apartment, it’s his turn to be on duty. Mother has a malignant growth and it has reached her head. Last time he was at her side, she couldn’t sit up by herself.

He hears his mother groaning in her room, and he rushes in, terrified.

“Should I wash your face, Ima? Bring you another pill?”

She waves her finger “no.” She can’t pick up her hands anymore, only her fingers still move. Tears are rolling down her contorted face and Hershy stands by her, not knowing what to do.

He starts to cry, too. “Ima, how can I help you? What can I do so it won’t hurt so much?” He checks when Mother received her last dose of morphine. No, he is not allowed to give her another dose.

Every day brings more bad news. The growth affects new areas of her body. The doctors say that some people recover from it, but until Mother is well again, they are so desperate for our help!

And we help, we open our hearts with a donation and a tefilah for the refuah sheleimah of Chavah Yehudis Resyl bas Chayah Bracha.

How many casualties did the pandemic claim? How many Jewish lives were lost, children orphaned and parents bereaved?

R’ Efraim Nachman Blum z”l died suddenly during the pandemic. Until this day it is not clear whether he was infected by the virus, or there was another medical cause, but it doesn’t really make a difference to the widow and four orphans.

It was Friday, a week and a half after Pesach. COVID “vacation” was still in effect, and everyone was at home. Father wasn’t going out, even for open-air minyanim because he was suffering from a high fever and breathing difficulties and was waiting for the test results to come back.

All of the sudden they heard a thump. Mother left the Shabbos cooking and ran in a panic only to see her husband lying on the floor unconscious.

The paramedics burst into the home. They checked his pulse and began resuscitation. One, two, three… his inanimate body jumped from the electric shocks. The children were nailed to the floor in terror.

Mother pushes them toward the door. “Go out, go out!” she cries hysterically. “Why do you need to see Abba like this? We will call you when Abba wakes up.”

But the paramedic standing at the entrance instructs them to stay. You are in quarantine, aren’t you? It is dangerous for you to go out.

So they see everything. They hold their breath as the paramedics try again and again to bring Abba back to life – to no avail. They hear the decision to try just one more time, they see despair on the paramedics’ faces, and they scream hysterically. Abba! Abba, don’t go! Abba, get up, get up! Abba!!!!!

In front of their eyes, Father’s soul ascends to Hashem. On the living room floor, next to the white tablecloth already spread on the table. The soup is boiling over in the kitchen, the aroma of Shabbos fish fills the home – and Father is gone.

Father is gone, and he is not coming back until Techiyas Hameisim. A widow and four orphans need the Jewish people to be their anchor and give them backing. That we should support them in the hard years without a father.

A fund was set up, and merciful Jews responded and donated. With Hashem’s help, the orphans of R’ Efraim Nachman Blum will be able to return to life.

There are so many applications waiting and pleading on the table of Vaad Harabbanim. Real tales of physical and emotional suffering. Suffocating economic lack, hair-raising sicknesses. Troubles that pose an immediate life-threat, and troubles that just don’t let a person live.

Mordechai, for instance, is a father of eight children, and his store was closed due to the first COVID restrictions. The whole pre-Pesach season, a totally vital chunk of business, was lost. He was left with an enormous stock of unsold items and debts to the suppliers. He paid rent on an empty store. If not for urgent help from Vaad Harabbanim, also his home table would be empty, even on Seder night.

Yehudisis a substitute teacher. But educational institutions closed for almost a quarter of a year, and she was not eligible for unemployment payments! How will they buy food without paying? And this is before the rent, and the electricity and gas bills, and city taxes…

Orphan brides and grooms whose weddings were canceled at the last moment, with no one to care for them. Widows who found themselves with all the children at home, eating three meals and noshing in between, when many of them used to be fed in educational institutions. Suddenly the food supply finishes too fast, and activities to keep the children busy cost money they don’t have.

Chronically ill people in high-risk categories, who are not allowed to leave home, and parents of hospitalized children, torn between the hospital room and the children at home. Elderly Jews; people without families. The virus makes every hardship so much harder. It multiplies the complications.

The Gabbaim of Vaad Harabbanim are working at an intense pace these days. They sort the applications for assistance, send them to be reviewed and approved by the leading Rabbanim, organize the distribution of the allocations.

Now, before the Yamim Nora’im, we are holding an urgent campaign.

The needs are very real and very pressing and cannot be ignored or put off for even a moment. It’s a crisis that calls for critical action. Now is the time to make a generous and significant donation.